Raptors head to the Big Easy to take on struggling Pelicans: Preview, start time, and more 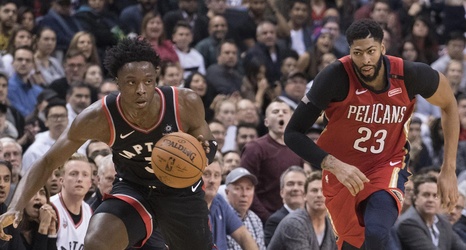 March hasn’t been kind to the Raptors so far. After barely scraping by a scrappy Portland team, Toronto has lost two straight games to the Pistons and Rockets. But when it comes to New Orleans, Toronto has historically had their number (or at least since Alexis Ajinca left the team). Since the name change to the Pelicans, the Raptors hold an 8-3 record over the past 11 games.

At 30-37 the Pelicans are way outside the playoff hunt, though not technically eliminated, as they sit 7.5 games back of the eighth place Clippers.