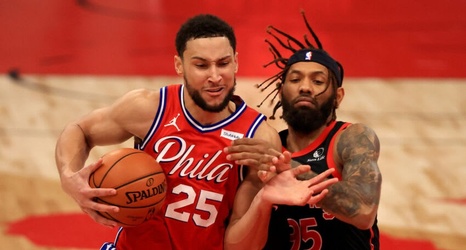 The Philadelphia 76ers might be more well-equipped for a title run than the Toronto Raptors on paper, but the Sixers have been saddled with some misfortune after star point guard Ben Simmons has reportedly requested a trade. While it’s easy to crack jokes about his inability to shoot, Simmons is still a top-flight point guard.

Despite his unique blend of size and speed in addition to his defensive skills, Simmons was criticized by head coach Doc Rivers and anyone with a functioning brain for some poor performances in a playoff series against the Hawks.