Raptors back in Tampa to host league-leading Jazz: Preview, start time, and more 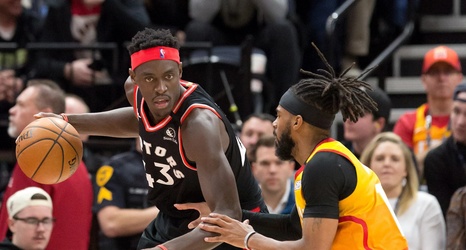 It’s been a year and ten days since Toronto and Utah last played each other. That game was eventful, starting with a collision between OG Anunoby and Norman Powell, at the time the Eastern Conference Player of the Week, that knocked Powell out of the game. Future Clipper Serge Ibaka had a terrific performance, recording 27 points and 13 rebounds. Late in the fourth, Kyle Lowry hit a dagger. A sidestep, deep, left wing three at the end of the shot clock to put Toronto up five. Then, with just 40 seconds left, Anunoby and Rudy Gobert got into a scuffle and were subsequently ejected.