Player Review: Serge Ibaka enjoys another resurgence with the Raptors 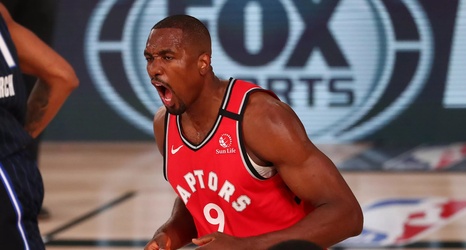 Before thinking about Serge Ibaka’s work for the Raptors in 2020, we have to go back a little further. His 2018-19 season was a career year. Despite being given a new role under a new coach, Ibaka was integral to Toronto’s championship win. That success laid the ground work for where we are now with Ibaka. A year later and on the final year of his contract, Ibaka’s latest resurgence could price him out of Toronto’s free agency plans. In what is considered a weak free agency class, Serge Ibaka is now one of the best free agents available — especially at his position.