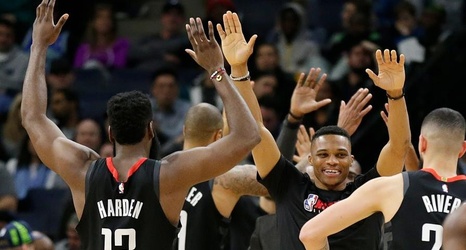 A month of the 2019-20 NBA season is in the books, which means it’s time to check out where each team stands in our power rankings.

Teams will be ranked in terms of nERD, which is our efficiency metric based on in-game data. These ratings allow us to understand which teams and players are performing best. nERD is indicative of a team's expected winning percentage, so an average team will have a nERD score of 50.0.

For the most part, the top of our rankings remained the same, though only two teams in the bottom-two tiers maintained the same rank as last week -- which means there’s been a lot of movement.