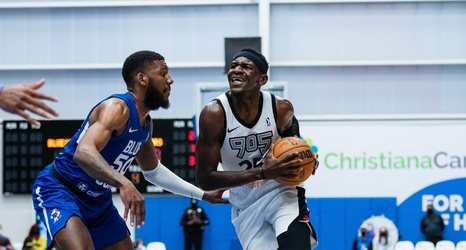 The Raptors 905 just had enough to survive the Capital City Go-Go on Friday, a team with their “number” during the regular season and in the Showcase Cup. For the Raptors’ farm team to book a ticket in the NBA G League finals, they will have to do it again against the Delaware Blue Coats, who also flummoxed them in three games this season.

For coach Patrick Mutombo, he will have to do it again with the same roster that he had against the Capital City Go-Go. Reggie Perry won’t be returning to provide reinforcement this season, as the Portland Trail Blazers signed him for the rest of the season.