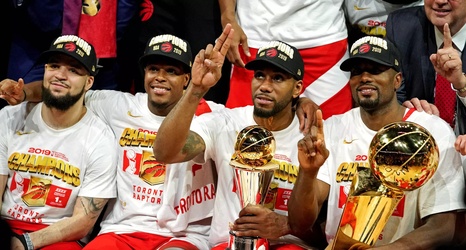 Wednesday night, as Kawhi Leonard receives his championship ring from his former team, the cynics will still be revising history with claims that he — of his own superhuman powers — carried to an NBA championship a bunch of misfits who had a knack for getting lucky. As if to say the Raptors didn’t deserve to win, commentators will continue to claim that Kawhi “delivered Toronto a championship” and that he is the “reigning defending champion” and that his new team is “a championship team.”

Excuse me? Let’s first get a couple of things straight.