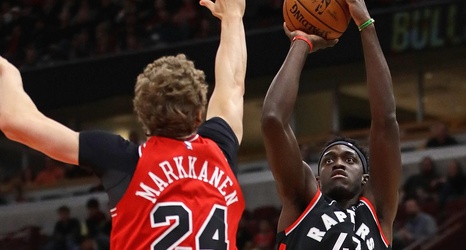 In an Eastern Conference where two handfuls of teams are wallowing in mediocrity, there’s more potential for meaningful games in a wide open playoff race. The Raptors have had their struggles, but they’re nowhere near out of the hunt for play in games (if they so choose to go for it). Right now, looking just above them in the standings at that last playoff spot: the similarly struggling Chicago Bulls.

The Bulls made some ambitious moves at the trade deadline, the biggest being the acquisition of longtime Marc Gasol offspring Nikola Vucevic. Adding some frontcourt scoring to the wing talents of Zach LaVine seemed like a no-brainer win, but Chicago has lost six of their last eight anyway.