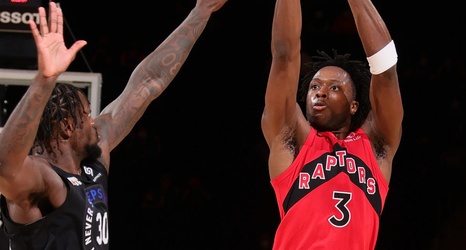 Winners of three straight, the Raptors get a good test tonight against the 5-1 Knicks at Madison Square Garden.

The arena has been the site of some excellent basketball this season — but maybe even more fun than watching Julius Randle re-bottle the essence of Zach Randolph has been the MSG fans. There’s been viral videos, Ben Simmons chants, and the general New York crowd buzz and arena lighting that’s become so enviable seeing the rest of the league’s cookie-cutter game ops experience. When the Knicks are good, there’s a side of the NBA fanbase that we don’t get to see come out.