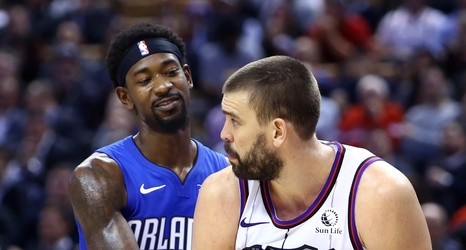 Who doesn’t love a family reunion? Tonight in Toronto the Raptors host the Orlando Magic with familial vibes in the air.

Terrence Ross is back to play his former brothers in arms. Ex-Raps GM Jeff Weltman’s probably in the house to square off with his fellow franchise patriarch Masai Ujiri, too. And it’s not often pro players get to see their fathers during the 82 game grind of the season, but it’s Nikola Vucevic’s lucky night. His dad Marc Gasol will line up across from him at the opening tip.