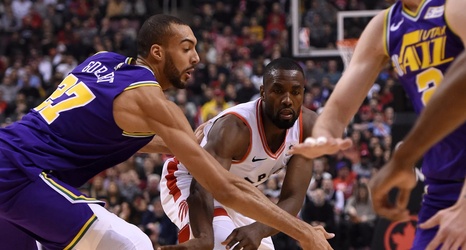 The Raptors aren’t exactly in need of good news, what with their ongoing six-game win streak and the general positive vibes around this defending champion team, but it never hurts to get some. To that end, here comes the latest tidbit: after three weeks on the shelf, Toronto’s big man extraordinaire Serge Ibaka will take the court tonight against the Utah Jazz. Hooray!

As far as narratives go, there isn’t much of one between the Raptors and the Jazz. They meet twice a year and there hasn’t quite been much of a crossover in their personnel.