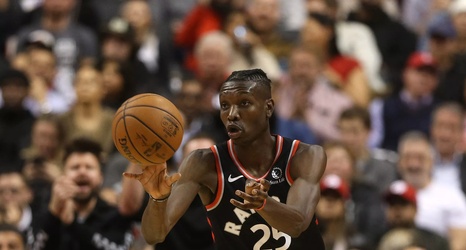 The home cooking has been good to the Toronto Raptors this year, and that trend continued last night against the Orlando Magic. Taking advantage of a depleted Magic team in the second half, the Raptors rolled to a 113-97 win to remain undefeated at Scotiabank Arena.

It seems pretty clear that the Magic weren’t going to let Pascal Siakam beat them last night. Orlando has Jonathan Isaac, of course, an excellent defender who can give Pascal problems one-on-one. But they were aggressive in sending a help defender as well, particularly behind Siakam to swipe at the ball during his spin moves.