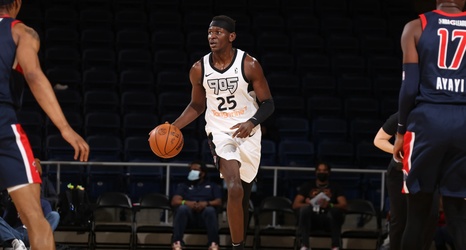 There was no a miracle comeback this time.

The Capital City Go Go used hot perimeter shooting in the second half to hand the Raptors 905 their first loss of the regular season last night, 113-104.

The short-handed 905 had a listless second-half on both ends of the court. With his 16 points, 13 rebounds, and three steals, Kevon Harris was the best Raptor on the floor. Ashton Hagans made his regular-season debut, chipping in 16 points and three assists. Toronto Raptors legend and NBA Champion Jodie Meeks came off the bench with 16 points, including three 3PM.