Dial 905: Raptors 905 sweep Lakeland Magic — and should the Raptors look into Ashton Hagans? 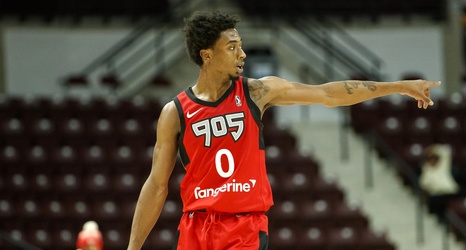 The Raptors 905 might be peaking at the right time. After an inconsistent and sometimes frustrating Winter Cup run, coach Patrick Mutombo stayed the course, and the Raptors 905 are now the top East team with a 5-1 record, despite not having their top players for the most part.

This past weekend, the Raptors 905 swept the Lakeland Magic on their back-to-back series, showing signs of growth in several players starting to find their role on the team. Nobody did a better job taking advantage of the opportunity than Ashton Hagans, who had a career game on the second game of their back-to-back, putting up career-high in points, rebounds, steals, assists, and minutes played.