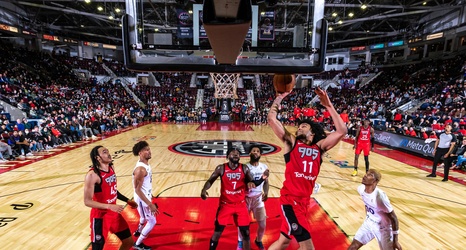 The Raptors 905’s season is over. They fell one win short of making a G League Finals appearance, and despite fighting through the end, the Delaware Blue Coats were just slightly better. The end result? The 905 exit the playoffs after a 143-139 loss.

Last Sunday, the Raptors 905 scored their third-highest total points (139) in franchise history despite missing Reggie Perry’s “usual” 20 points per game. However, that wasn’t enough to beat the Delaware Blue Coats, to whom they surrendered a franchise record of 143 points.