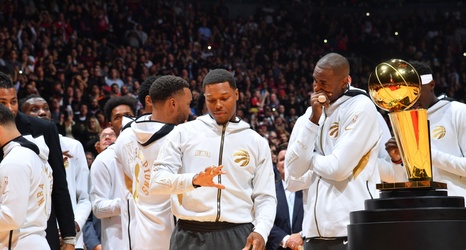 All or nothing. Three words which define the Toronto Raptor’s aspirations for this season. But is a championship-or-bust mentality the most realistic plan for the short-term and long-term outlook of this franchise?

Certain franchises straddle the line between playoff contenders and lottery teams. For them, acquiring stars at the deadline to make the leap to a middle playoff seed would define a success. For teams in the rebuilding process, losing most games and maximizing their lottery odds can be a success. For defending champions, there is only one expectation: do it again.

Over the offseason, highlighted by the significant departure of Kawhi Leonard, Masai Ujiri and the rest of the front office reloaded their roster clip and chose to take the steady path, rather than a full-on reset or a hybrid-rebuild.