Closer to full strength: Powell and Siakam make their return 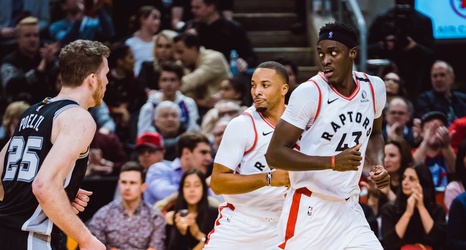 While Norman Powell had been sidelined with a shoulder injury over the past three weeks, he remained active on the sidelines. If you were to watch him during a timeout of a Raptors game, decked out in dress clothes rather than his uniform, you’d see him pulling aside younger Raptors teammates to provide pointers. During game action, you’d see him continuing to talk to teammates young and old, sharing words of encouragement. Despite being out of action since injuring his shoulder in a win against the Detroit Pistons on Dec. 18, Powell had continued to be extremely engaged as the Raptors went 6-5 without three starters (the team lost Pascal Siakam and Marc Gasol in the same game along with Powell) over this span.

See full article at Official Site of the Raptors