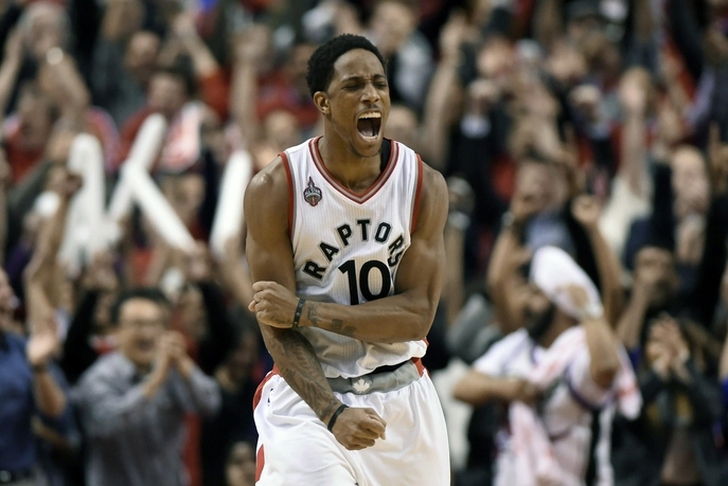 The Toronto Raptors used a monster night from DeMar DeRozan to knock off the Indiana Pacers 89-84 in Game 7, advancing them to the Eastern Conference semifinals.

Toronto trailed for a total of one minute in this game, essentially controlling it from start to finish. They led 50-44 at halftime, but it was a 27-18 run at the start of the third quarter that really gave the Raptors a sizable advantage.

However, Indiana made a game of it late with a 17-4 to cut the deficit to three with less than a minute to play, yet DeRozan sealed the game with a pair of free throws with 6.5 seconds to play

DeRozan finished with a game-high 30 points, and center Jonas Valanciunas contributed with 10 points and 12 rebounds. Rookie Norman Powell also provided a big spark off the bench with 13 points.

Toronto will face the Miami Heat in the second round.