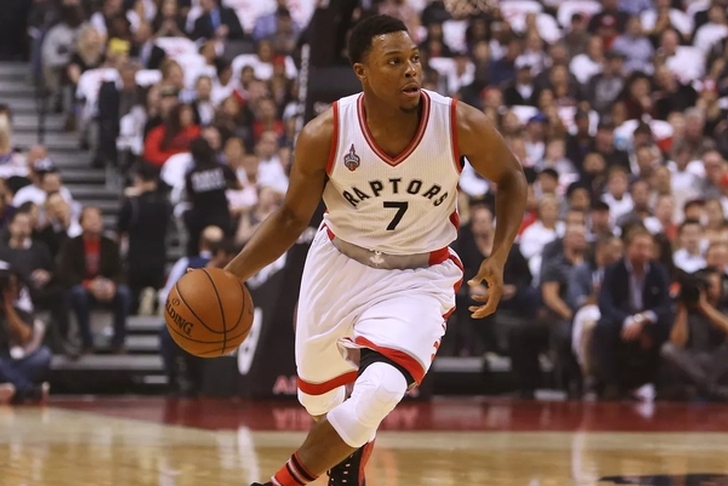 The first half of Game 4 of the Eastern Conference finals belonged to the Toronto Raptors. But the second half was a different story, as the Cleveland Cavaliers rallied from a 16-point halftime deficit. The fourth quarter was a back-and-forth affair with the two teams trading leads, but it was the Raptors who held on for the tough 105-99 win. The Raptors evened the series at 2-2 with the win.

The Cavs started the game just 3 of 22 from beyond the arc, as even the open shots weren't falling. But they improved in the second half and were on fire in the fourth quarter, not missing a shot from the field until the 4:13 mark. However, the Cavs went cold after that and the Raptors held on for the win.

The Cavaliers finished 13 of 41 from behind the arc, and shot 47 percent from the field. But the Raptors were better, shooting 53.8 percent and 7 of 22 from 3-point range.

Kyle Lowry was on fire in the first half, hitting four 3-pointers and posting 20 points. He finished with 35 points, five rebounds and five assists. DeMar DeRozan played his role as the other half of the team's dynamic duo, putting up 30 points.

Three other Raptors had at least eight points, led by DeMarre Carroll's 11. Bismack Biyombo had only five points, but pulled down 14 points and blocked three shots.

LeBron James led the Cavs, posting 29 points on 11 of 16 shooting. He also added five boards and five assists. Kyrie Irving was sharp, especially in the second half. He posted 26 points and six assists. Kevin Love and J.R. Smith struggled from behind the arc, going a combined 5 of 18. Love did have 10 points and seven boards while Smith had nine points, but Love sat on the bench for the fourth quarter. Channing Frye came off the bench in a big way, putting up 12 points on 4 of 8 3-point shooting.