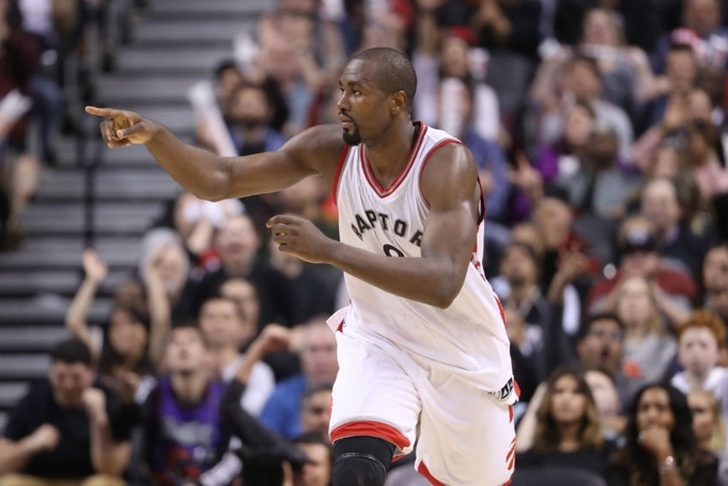 The Toronto Raptors traded for Serge Ibaka at the deadline last season in an effort to try and sign him long-term, and now they've done just that.

According to ESPN's Adrian Wojnarowski, Ibaka has signed a three-year, $65 million deal with Toronto.

Raptors president Masai Ujiri said that one of the reasons they traded for Ibaka instead of waiting for free agency was that he and the team "need a training camp (together).” Ibaka has also talked about how much he loved his teammates and Toronto's style of play, so they were the obvious favorite to re-sign him.

Now, the Raptors are turning all of their attention to re-signing point guard Kyle Lowry, which they are expected to do.