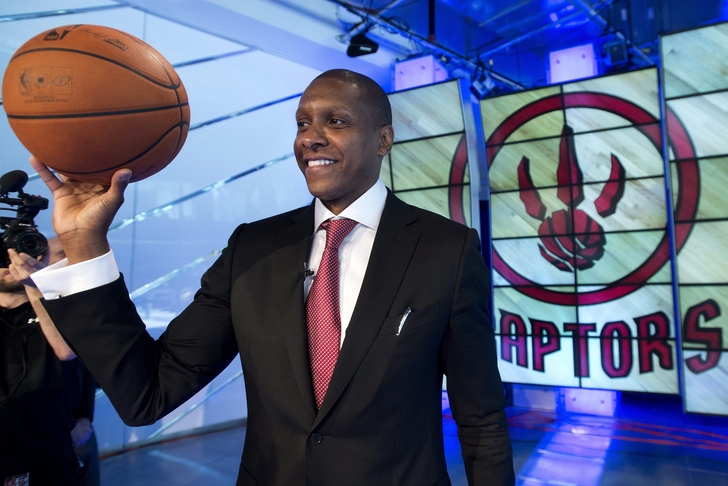 In Raptors news today, Toronto Raptors general manager Masai Ujiri will not be fined for using an expletive in reference to Brooklyn and the Brooklyn Nets before Sunday's playoff opener.

Per DeAntae Prince of the Sporting News, "Toronto general manager Masai Ujiri will not be fined for screaming "F*** Brooklyn" before a large gathering of fans prior to Game 1 of the Raptors-Nets series, instead receiving a formal warning from the league for his statement."

Many analysts believed that Ujiri wouldn't receive too much heat for his pre-game comments, especially since he apologized quickly after his statements became public.

However, the nature of his apology cause some to believe that there would be a fine in Ujiri's future. When asked about the fallout from his statement, Ujiri was pretty straight and to the point:

"You know how I feel. I don't like them, but I apologize," Ujiri stated.

With all of the excitement in Toronto over the Raptors' first playoff berth in six years, expect emotions to run high for the remainder of the Raptors' time in the playoffs.

Your Raptors news whenever and wherever you want it. Download our new Chat Sports iPhone app and follow our Raptors team page today.