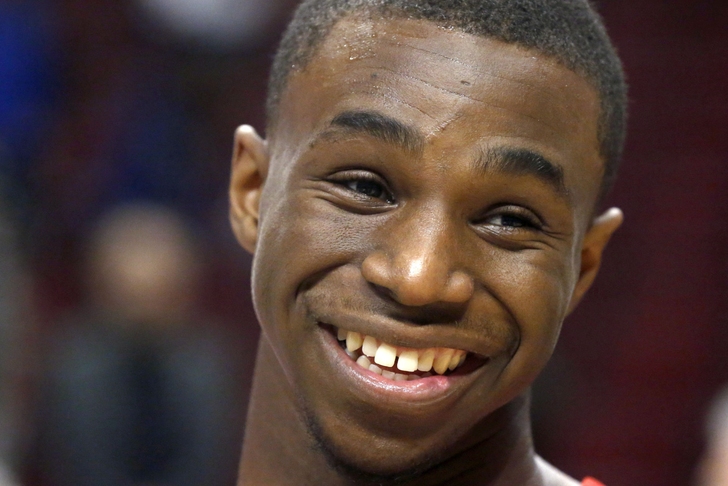 The Toronto Raptors are perhaps the most forward-thinking team in the NBA, with general manager Masai Ujiri facilitating one of the most thorough scouting systems of NBA, semi-professional, and collegiate talent in league history.

Color-coded charts aside, the Raptors are a big picture organization, and it appears that Canadian-born Minnesota Timberwolves rookie Andrew Wiggins is playing a huge role in the team's vision of the future.

Here's Cathal Kelly of The Globe and Star with the report:

Wiggins’ embarrassing ouster from Cleveland has turned out to be the blessing many guessed it would be. He was a thin presence in the early going, overawed by the pace and size of his peers. Over the last 10 games, something’s clicked. Wiggins is averaging 21 points per in that stretch, and playing smarter defence. He still doesn’t have a jump shot, but that can be taught.

He’s going to be the rookie of the year, and a major star in this league.

And the Raptors have their sights set directly on him once he becomes an unrestricted free agent, as early as 2021.

That’s a long time from now, but a great deal of what the Raptors are building is being constructed with Wiggins in mind.

A lot can happen in six or seven year, by Wiggins would be a huge marketing coup if he lives up to his potential over the next half-decade.