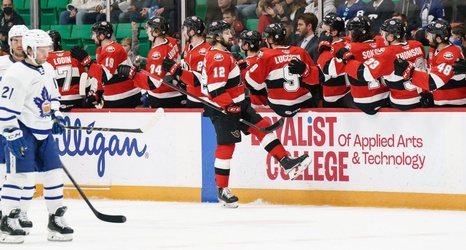 This was an all-too-familiar incomplete performance from the Toronto Marlies in the Greg Moore era.

After flattering to deceive with a dominant first period in which they built a 2-0 lead, they conceded three goals in the middle frame, tied the game back up twice, and then lost late in regulation.

This was close to a must-win game in the post-season race, but the intensity and sharpness to the execution wasn’t good enough throughout, especially between the pipes, where the Marlies couldn’t buy a save.

With just five games remaining in the regular season, the Marlies‘ playoff destiny is no longer in their own hands.