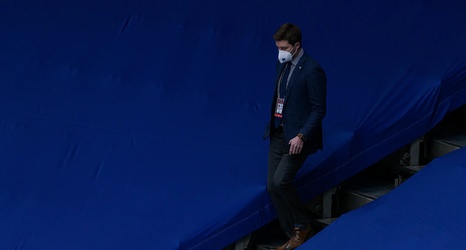 Kyle Dubas woke up on Sunday morning and chose violence.

We’ve all had Leafs PR Twitter notifications turned on for weeks and have been extremely frustrated to see them respond to taxi squad paper transactions. But that couldn’t be said yesterday.

The Leafs pointed at a finger at the entire NHL and screamed, “We’re going for it!” and like always, it started with Brandon Pridham and his salary cap knowledge.

Frederik Andersen hasn’t been in the Leafs’ net since March 19th in a 4-3 loss to the Calgary Flames. It’s been the Jack Campbell show ever since winning the next eight games in-a-row while Michael Hutchinson popped in for a few matches.