How does this NHL Trade Deadline thing work again? 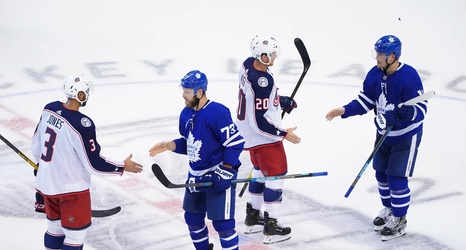 The NHL Trade Deadline is not actually a day, it’s a moment in time — 3 p.m. New York time on Monday, April 12, 2021. This is the point at which rosters have to be set for playoff eligibility. It’s not actually the last moment teams are allowed to trade players.

It’s normal to hear about some trades later than 3 p.m. The NHL offices have to approve every deal, to make sure it conforms to the rules, and they get backed up as teams file last-minute trades. But in the days and weeks after the deadline, players can and will be traded.