Friday’s FTB: a Failure in Flames 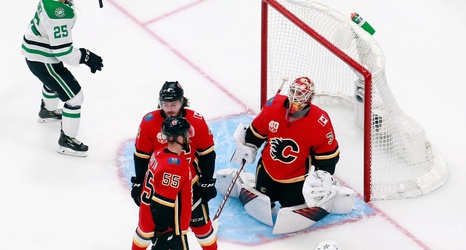 The Calgary Flames blew a 3-0 lead in Game 6 against the Dallas Stars, surrendering seven unanswered goals, to ultimately lose 7-3 and knock themselves out of the NHL Playoffs. In this current era of the Flames, that has been going on about as long as the Maple Leafs attempts at being good, the team has made the second round once (beat the Vancouver Canucks in 2015), lost in the first round three times (2017, 2019, 2020), and missed the playoffs entirely twice (2016, 2018).

Safe to say it hasn’t gone well for them.