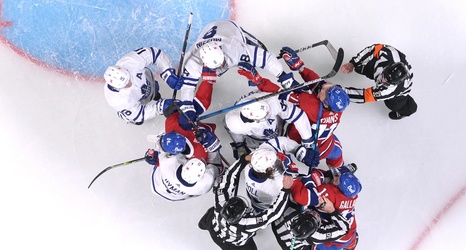 Amazon Prime’s All or Nothing continues its player vignettes through episode four and the early part of episode five, as the game footage becomes meaningless filler. A few new faces grace the screen, and there is an unfortunate emphasis on Nick Foligno that is a useful allegory of an organization not having the nimbleness of mind or the organizational structure to realize they should have cut that bit, even if they did get Mike Foligno and Wendel Clark to film the segment. It calls to mind the Leafs hapless power play, allowed to go on forever as it was because no one had the courage to toss it in the trash.