York9 get last laugh, dominate Forge 4-0 in final 905 Derby of the season 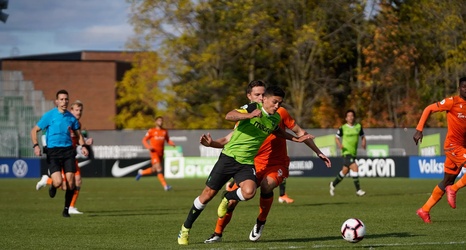 TORONTO, Ont. — Going into Saturday’s final installment of the 905 Derby, York9 FC had only collected one point against Forge FC. The one-sided rivalry has seen Forge grab all three points in each of the previous three meetings.

In the final fixture between the two in the 2019 CPL season, York dominated Forge in front of Y9’s home fans at Lions Stadium (4-0). York Head Coach Jim Brennan was proud of his side after the win.

“That’s who we are today, we played as one,” said the former Toronto FC captain.

York9 controlled the game with 55.