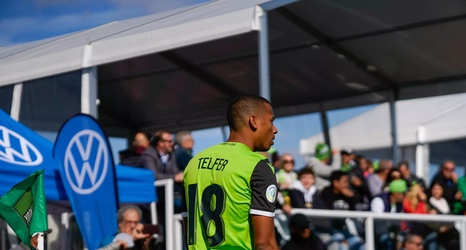 TORONTO, Ont.—It was a packed house at York Lions Stadium to end the season for both York9 FC and HFX Wanderers FC.

York had put together back-to-back 4-0 wins, riding high looking to end the season the same way, but HFX were not going to go quietly.

Early in the first half, York had the majority of possession and created plenty of opportunities from it, racking up nine shots. Unfortunately for York, weather it be set pieces, counter attacks, or well thought out positional play, they would not get past HFX goalkeeper Christian Oxner.

Whether it be leading goal scorer Rodrigo Gattas or Toronto FC loanee Ryan Telfer, it seemed like York’s ability to score at will from the past week had dried up.