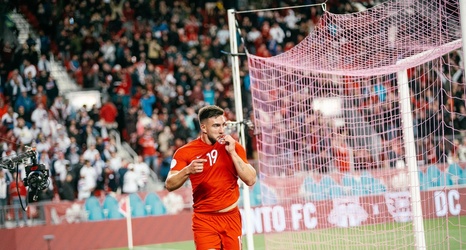 TORONTO, Ont.—In the lead up to last night’s game, no stat was brought up more than the 34 years since Canada’s last victory over the United States men’s national team. So when Lucas Cavallini volleyed home a 90th minute strike to put Canada up 2-0 over their rivals to the south, and all but guaranteed victory, BMO Field released all of those years of pent up disappointment.

The crowd of 17,126 let out a delirious roar that sounded much louder than a group of that many should be capable. Cavallini ran behind the net, kissed the Canada Soccer badge on his shirt and was promptly mobbed by the rest of the Canada team.