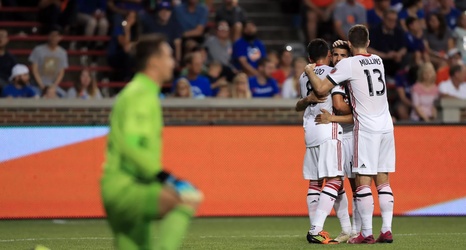 TORONTO, Ont. — Five different players scored for Toronto FC Saturday night as the Reds marched into Cincinnati and took care of business: a 5-1 dubbing at the expense of the struggling 2019 expansion side.

In front of a surprisingly packed Nippert Stadium crowd, TFC made it clear that the league’s bottom feeders FC Cincinnati were going to being playing second fiddle on the evening. To be fair, and as coach Greg Vanney alluded to in his post-match scrum, the MLS newcomers aren’t the best opponents to use in a measuring stick game, having already been eliminated from the playoff contention (and that’s putting it nicely).