Toronto FC II get back in the win column 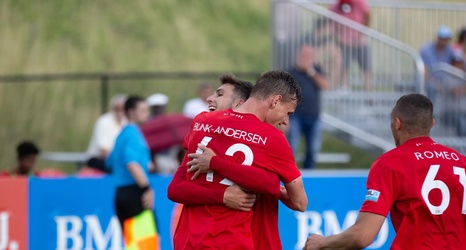 Toronto FC II were the better team in the opening half hour, and were rewarded in the 28th minute. After an inch-perfect cross from Griffin Dorsey, Matthew Srbely brought the ball down, stepped around a defender, and fired the ball into the top left corner to open the scoring.

After running onto an excellent through ball by 16-year-old Jayden Nelson, Jordan Perruzza took a few steps toward the goalkeeper before curling the ball into the bottom corner.