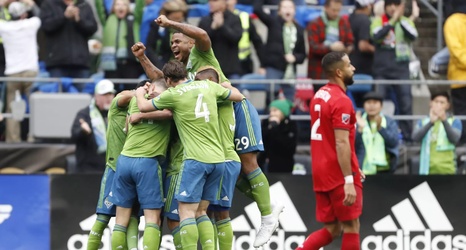 Seattle manged to score three goals in the second half, en route to clinching their second league title in four seasons, putting a stamp on their recent reign over MLS.

Jozy Altidore, who entered the match in the 68th minute after missing the entire post-season, pulled one goal back for the Reds late in injury time — a consolation marker for TFC at best.