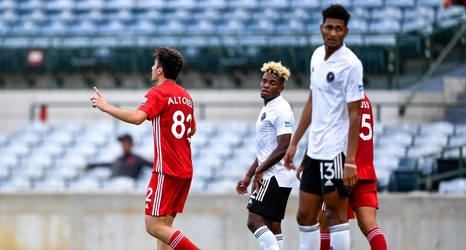 TORONTO, CANADA - If mimicking the MLS side is a part of Toronto FC II’s plan, they certainly did that in Saturday in a 2-1 loss to Fort Lauderdale CF. However, the process and play by the Young Reds were more promising than their MLS counterparts, despite slipping up on a chance to make history.

In TFC’s MLS loss to FC Cincinnati, the Reds conceded in the first 10 minutes, and against Nashville midweek, they conceded in the last five. On Saturday, TFC II fit both of those patterns and saw their two-match winning streak evaporate.