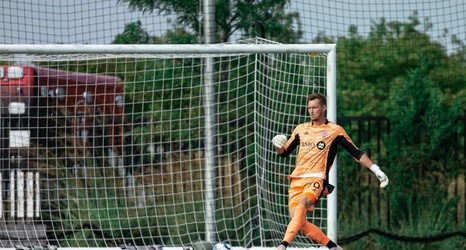 TORONTO, CANADA - Toronto FC II spent the first third of their season on the road, so being back in hotels is almost like playing at home. However, amid a brief away spell, the Young Reds are grasping onto the playoff battle, one of the tightest in professional sports.

The Young Reds have played five of their last eight matches back at the BMO Training Ground but are on the road again for a two-game spell that begins Friday when they visit the Greenville Triumph.

Clinging onto the final playoff spot by a single point, TFC II is coming off a hard-fought 0-0 battle against league leaders Chatanooga and are in a run of good form as they prepare to take on a Greenville side that is clipping at their heels.