TFC II look to separate from the pack against Forward Madison 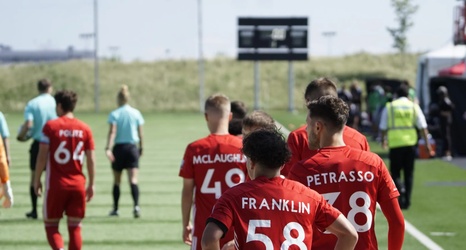 TORONTO, CANADA - Toronto FC II came home, and they played like it. While the first team has struggled to make BMO Field a fortress in MLS play, the Young Reds claimed four of six points at the BMO Training Ground and kept themselves in the thick of playoff conversations. With some newfound form and home cooking, they will try to bring the show on the road when they head to Wisconsin on Wednesday.

The Young Reds returned to Canada for their match on July 30 against Greenville Triumph and did not leave until this upcoming game, having only hosted the Richmond Kickers on August 6, a match they won 2-1.