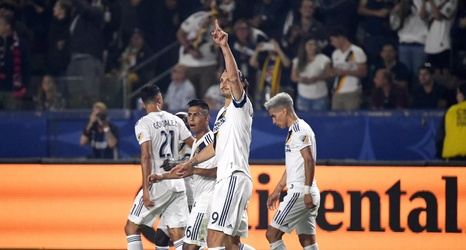 A pair of goals from Zlatan “Irba” Ibrahimovic in the final fifteen minutes were the difference on Thursday night, as the LA Galaxy defeated Toronto FC 2-0.

Marky Delgado had a chance to open the scoring in the opening five minutes, but his effort went well over the bar.

After a relatively quiet 20 minutes after the early shot, LA had the best chance of the half in the 22nd minute. After the ball was crossed in from the left side, the shot from the Galaxy attacker crashed off the post. The follow up effort was stopped on the line by Richie Laryea.