Recap: Toronto FC explode in extra time to advance to the next round of the playoffs 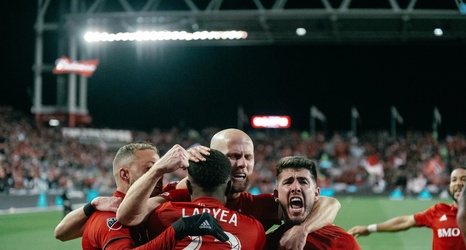 Jonathan Osorio scored a brace in extra time, and Richie Laryea and Nick DeLeon added others in the extra period, as Toronto FC thrashed D.C. United 5-1 after 120 minutes.

Without Jozy Altidore or Omar Gonzalez, the big victory ends Wayne Rooney’s time in MLS, and sends The Reds to New York City to take on NYCFC in the next round.

After a fairly quiet start to the match, Marky Delgado opened the scoring for Toronto FC in the 32nd minute. After D.C. goalkeeper Bill Hamid failed to hang on to Alejandro Pozuelo’s long shot, Marky Delgado put home the rebound, giving The Reds a 1-0 advantage.