Preview: Pozuelo to return as Toronto FC look for second win this month over Columbus Crew 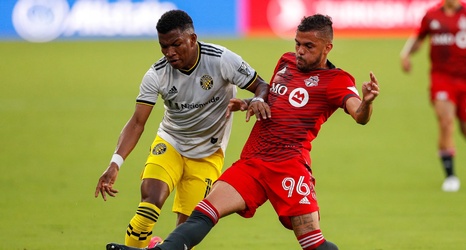 Just over two weeks since their 2-0 over Columbus Crew at the Exploria Stadium, Toronto FC is back in action against the reigning MLS Cup champions, a game which could see the Reds clinch the Trillium Cup for a fifth time in six years.

More importantly, TFC will look to put their disappointing defeat to Orlando City SC behind them and record a fourth straight win against the Crew on Saturday. Kick off is set for 3:00 p.m EST at the Columbus Crew Stadium.

Goals on either side of halftime from Michael Bradley and Jozy Altidore steered the Reds to their first MLS win of the season.