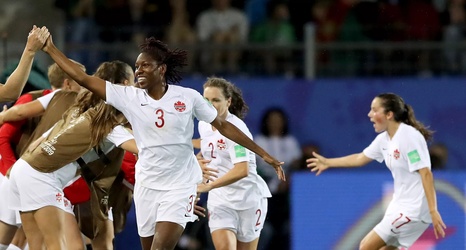 1’ - Just the one change to the lineup for the Canadian team as 18-year-old Jayde Riviere comes in for Allysha Chapman. A slightly surprising move considering how well Chapman played against Cameroon but a big chance for the young full back on the biggest stage.

#CanWNT XI is in!

Only change from the #FIFAWWC2019 opener is Allysha Chapman will sit, and Jayde Rivière will make her World Cup debut! https://t.co/nL3bzV4V2B— Canucks Abroad (@Canucks_Abroad) June 15, 2019

Never before at a FIFA Women’s World Cup has Canada been able to win its opening two matches.