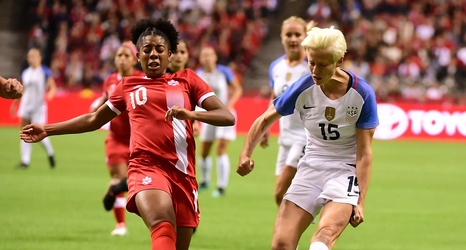 TORONTO, Canada—The Canadian men’s national team have been making light work out of their opposition in 2022 World Cup Qualifying thus far, and Saturday night against Aruba was no different.

Deploying a ‘weaker’ side than perhaps some were expecting, Canada still poured in seven goals, without really being threatened defensively.

Lucas Cavallini opened the scoring in the 18th minute before Junior Hoilett doubled Canada’s lead two minutes later from the penalty spot. Cavallini would get his second of the match—and 16th for Canada in 20 matches—right before halftime as the red-and-white entered the break with a comfortable 3-0 lead.