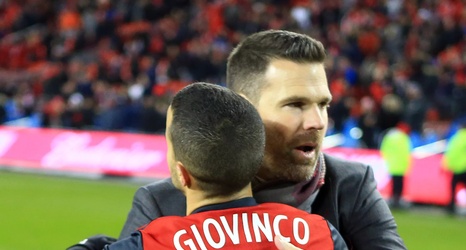 TORONTO, Canada—“People are talking about it ... a lot.”

Speaking with Major League Soccer’s The Call Up earlier this month, the former Toronto FC and now-LA Galaxy head coach was asked about the Giovinco rumours. For those of you who missed it, rumours of the Atomic Ant’s return to the Major League Soccer (MLS), specifically the Los Angeles Galaxy, began to swirl last month once Vanney’s move to L.