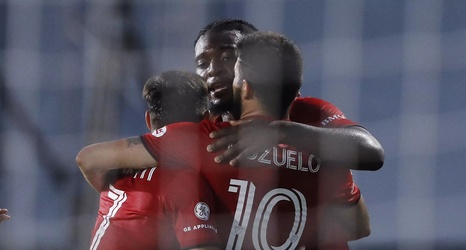 The game was no less chaotic, but Toronto FC will be much happier with the result after a 4-3 victory over their rival Montreal Impact.

All of the good things from the side’s tournament-opening draw against D.C. United were on display again today. But in a game where everything seemed to be amplified, so were a lot of the negatives as well. Both figure into the five things noticed from this match.

Ok, it’s not the most prestigious record in Toronto FC history, but per our Martyn Bailey, Akinola becomes the quickest player (three days) to have two multi goal games.