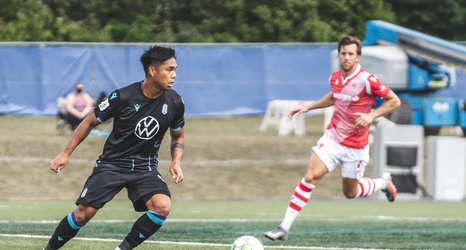 We have a new leader in the standings at The Island Games, as Forge FC overtook Cavalry this week after the Cavs lost twice in a row for only the second time ever.

FC Edmonton continue to struggle, and were officially eliminated on the weekend, but will look to finish the season strong and perhaps play a part in where other teams finish.

York9 remain the only unbeaten team left at The Island Games, currently with one win and four draws thus far.

As week 4 of The Island Games is set to start tonight with FC Edmonton looking for an upset against The Nine Stripes, here's what happened in week 3.