By The Numbers: Toronto FC’s playoffs start has a historic end 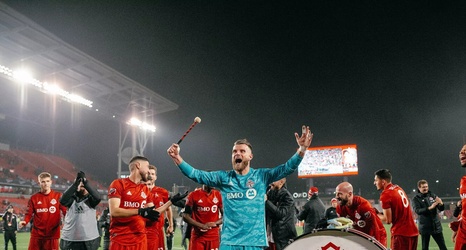 I will start at the end and work backwards.

Toronto FC have made it to the MLS Eastern Conference Semi Final for the third time in club history, in a manner like none other in league history.

When Lucas Rodriguez smashed home a redirected corner kick in the 93rd minute, it appeared to erase the most tenuous of Toronto leads and more than a handful of heroic Quentin Westberg saves.

Conceding late used to be a staple of previous Toronto FC performances, so when DC equaled with all 11 men attacking, it felt like TFC’s 10-match unbeaten run — and the season — might end with a wimper.