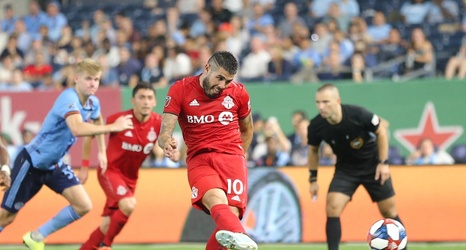 It seems like every time Toronto FC travel to the Bronx to play New York City FC, we have to expect the unexpected. Wednesday night was no exception as all 22 players squeezed onto that wee pitch at Yankee Stadium and had a go at one another.

When the dust (and blood) settled, Toronto found themselves settling with a point on the road: good enough for a seat in fourth place, temporarily giving fans hope of a home playoff date ahead on Sunday’s match against the Colorado Rapids.

Here’s a look at some of the numbers that came out of Wednesday’s affair.