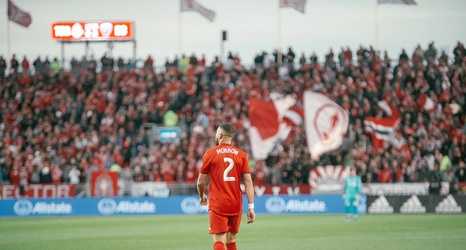 TORONTO, Ont.—When you have depth, this is what happens.

Major League Soccer announced today the full list of eligible players who can be selected in the 2019 Expansion Draft set to take place on Nov. 19, and that list includes quite a few Toronto FC players who had a memorable post-season.

Of note, TAM-signing Nicolas Benezet is currently on loan from En Avant de Guingamp (Guingamp) of the French Ligue 2 with an option to buy, while defender Justin Morrow — whose contract recently expired — also has an club-option to extend his deal.