Alejandro Pozuelo included in MLS Team of the Week 14 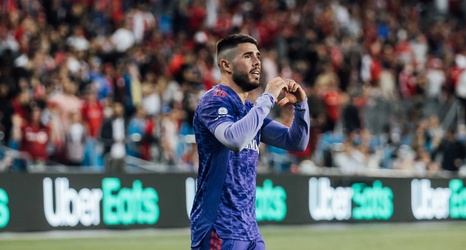 Following his game-winning heroics over the weekend, Alejandro Pozuelo has been named to MLS Team of the Week 14.

Pozuelo bagged a brace to help Toronto FC come from 2-1 down to record a memorable 3-2 victory over the Chicago Fire on Saturday, May 28th.

His first of the night came from the penalty spot after TFC’s No. 10 was brought down inside the area by Federico Navarro. Seven minutes later, Pozuelo would stun the home crowd with a sensational strike from the top of the box to seal victory for the Reds.