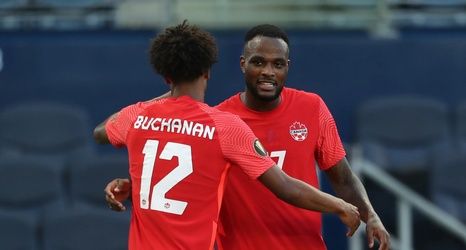 TORONTO, Canada—The Canadian men’s national team are moving on in the 2021 CONCACAF Gold Cup quarter-finals as Les Rouges defeated Haiti 4-1 Thursday evening in what was an entertaining affair.

Canada would open the scoring just five minutes into the match thanks to a moment of brilliance from Leamington, Ontario native Stephen Eustaquio. From almost 30 yards out, the holding midfielder would wrap his foot around a free kick, bending one into the near post just out of the reach of the outstretched Haitian goalkeeper to give his side the early 1-0 lead.

Eustaquio, 24, who plays in the top flight league in Portugal for F.