A Resilient Group: TFC II level twice to claim a point in Wisconsin 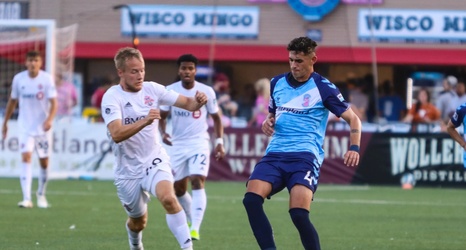 TORONTO, CANADA - “Concede in the first 20 minutes” probably was not the plan for Toronto soccer teams on Wednesday, but it seemed as though the idea both the MLS and USL sides adopted the act.

For Toronto FC, it was an unlucky bounce off the foot of Eriq Zavaleta that put them down 1-0 in the 20th minute. Meanwhile, TFC II conceded in the 10th minute, suffering a “Sportscenter” worthy goal against Forward Madison.

The rocket has launched @aaronmolloy18 smashes it into the back of the net to give @ForwardMSNFC the early lead!